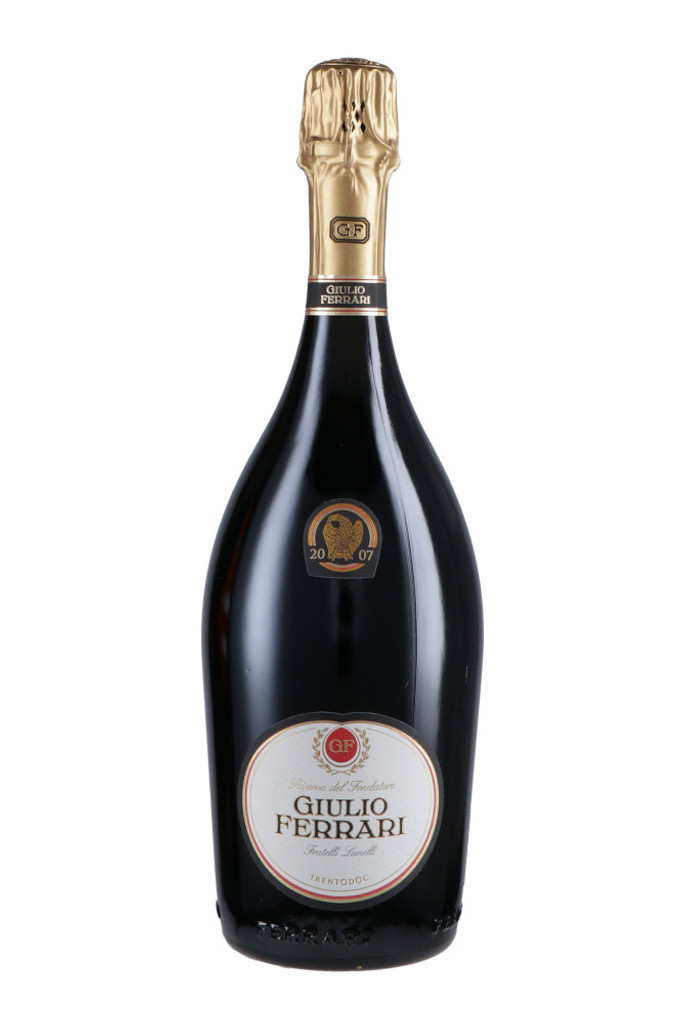 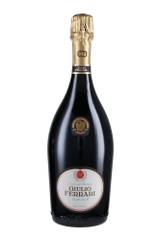 The iconic Italian sparkling wine par excellence, Giulio Ferrari is a world-class product that is designed to stand the test of time.

Giulio Ferrari is a Trentodoc obtained from the finest Chardonnay grapes grown in the Lunelli family’s own vineyards on the slopes of the mountainsides that surround Trento, at up to 600 meters above sea level. It matures on its lees for over 10 years, acquiring great complexity whilst at the same time maintaining its balance, freshness and elegance.

Its quality has been consecrated by an uninterrupted series of awards and accolades: in Italy, where it has won “Three Glasses” in Gambero Rosso’s “Italian Wines” Guide some twenty times, as well as abroad, where it has obtained extremely high ratings in the most authoritative trade magazines, including 98/100 from “Decanter” and 96/100 from “The Wine Advocate”. Giulio Ferrari is also the only sparkler to be selected by “Wine Spectator” as one of Italy’s top 10 wines (for its “Best of Italy Tasting” at the Wine Experience) and it has been selected by “Wine Enthusiast” for its “Top 100 Cellar Selections”.

The winter offered very mild temperatures and very little rainfall which, in the spring, resulted in a precocious start to the vegetative cycle; this later translated itself into the harvest also beginning significantly early. The excellent balance between leaves and fruit and the fact that the bunches were fairly loosely-packed meant that the vines remained very healthy. The weather during August was rather cool and punctuated by several thunderstorms, thus contributing towards maintaining good acidity levels and an extremely interesting development of aromas in the grapes.

On the eye: A Chardonnay with delightful golden highlights against a background of brilliant yellow. The perlage is extraordinarily fine and persistent.

On the nose: An intense and complex bouquet, with marked mineral notes and enriched with exotic scents. Hints of white chocolate and hazelnut give way to balsamic notes and intriguing tones of spices, beeswax and honey.

On the palate: Sumptuous suggestions arise from its creamy, velvety body, with hints of acacia honey accompanied by notes of exotic fruit. The over ten years of ageing on the lees yield a finish of great complexity, which amazes you with its elegance and freshness.

Appellation: Southwest-facing vineyards owned by the Lunelli family, lying on the slopes of the mountainsides that surround Trento at altitudes of up to 600 meters above sea level.

Aging: At least 10 years on the lees