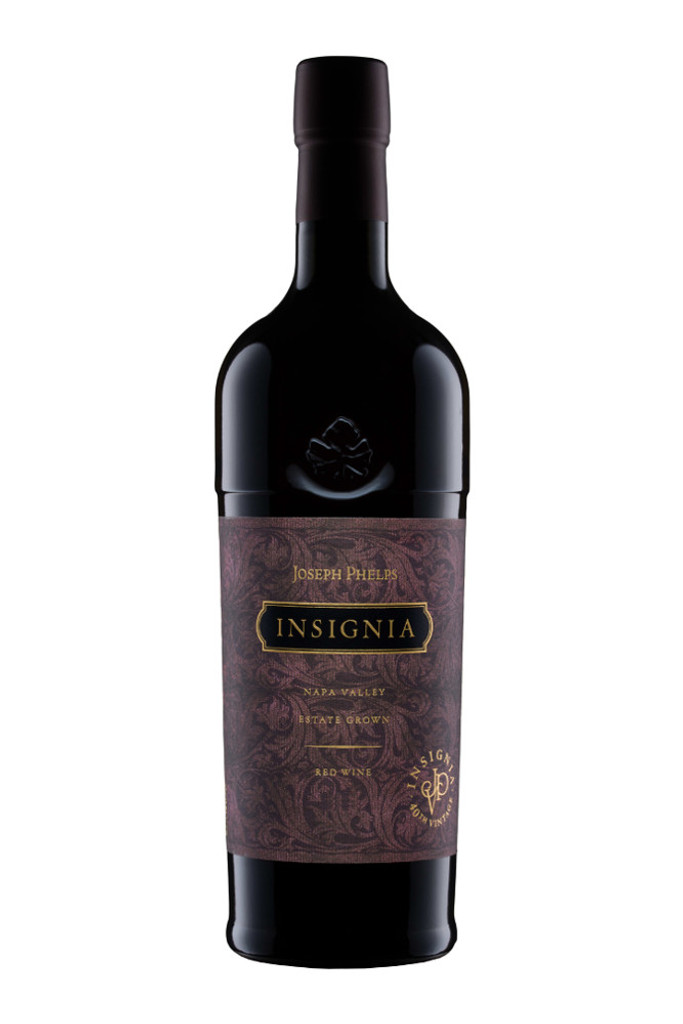 In 1974 Joe Phelps had the idea to make a separate cuvee each year, one that would represent the finest wine he could make from each vintage. He didn’t necessarily think it would always be a Cabernet Sauvignon. It might be a white wine in some years, a Chardonnay or a Riesling, or it might be a Syrah or Merlot. His only thought was to make one wine that represented the best of what Joseph Phelps Vineyards could produce each year. He decided to name the wine Insignia, a proprietary name that would give him the flexibility to make the wine out of any varietal he chose.

As it happened, 1974 was a great year for Cabernet Sauvignon in Napa Valley and the 1974 Insignia was 94% Cabernet from the Stags Leap District. The following year Merlot dominated the blend, and in 1976, it returned to Cabernet, this time from the Eisele Vineyard. It was becoming increasingly clear that red Bordeaux varieties – particularly Cabernet Sauvignon - were ideally suited to Napa Valley and would consistently yield the best wines of the vintage. From 1977 on, Cabernet Sauvignon was never less than 50% of the Insignia blend and gradually became the dominant varietal. Joe’s vision evolved: Insignia would always be a proprietary red Bordeaux-style blend.

The 2016 Napa Valley growing season began with a mild winter resulting in early bud break for some blocks at the beginning of March. A normal period of bloom and veraison took place in early May and mid-July, respectively. The 2016 growing season was cooler compared to the previous three vintages, allowing for aromas and flavors to develop slowly in the red varieties yielding classic Cabernet Sauvignon from each of their vineyards.

The 2016 Insignia is fresh and focused on entry with expressive cocoa powder, graphite and earthy spices. Elegant and complex with a supple, creamy texture and bold tannins, this latest vintage offers luscious ripe plum and blackberry character with hints of roasted coffee and dark cherry throughout the palate to a long, velvety finish.