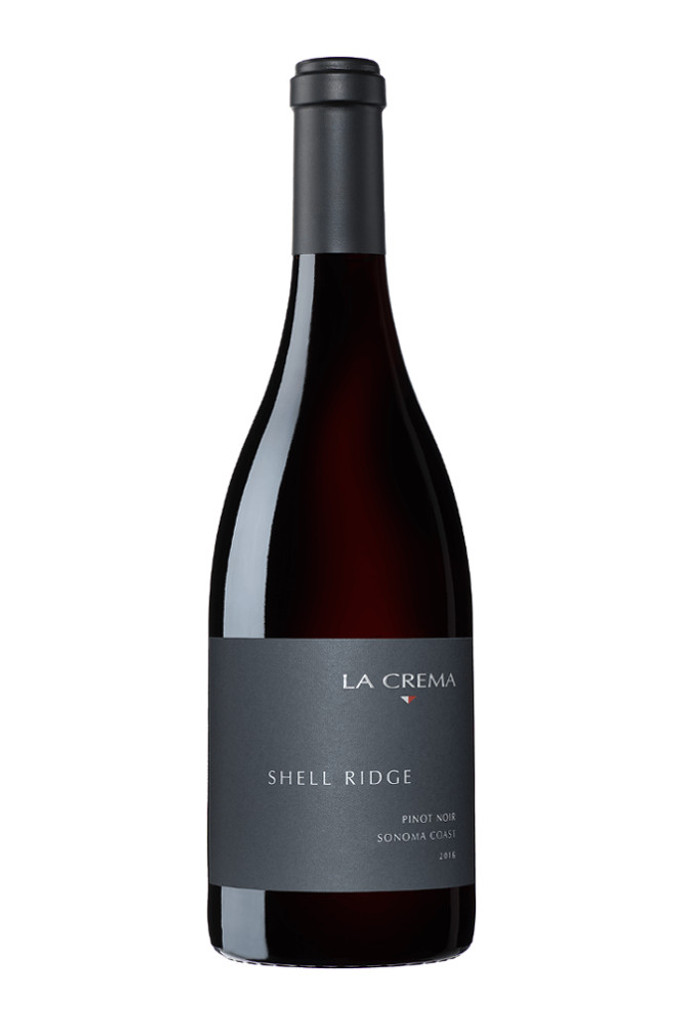 The winery's original name, La Crema Vinera, means “best of the vine,” setting the standard for all they do since 1979. The family-owned and operated winery focuses exclusively on cool-climate appellations.

The grapes were grown in the extreme and rugged Annapolis area of the Sonoma Coast, just one ridge away from the Pacific Ocean. This steeply sloped vineyard rests at high elevation, often above the maritime fog, and enjoys bright sunshine throughout the growing season. The soils at this 150-acre vineyard are primarily Goldridge sandy loam - highly sought after for its excellent drainage and vine vigor control. Vineyard crews still occasionally find ancient sea shells in the vineyard’s soil, giving the wine its name of Shell Ridge.

After four years of drought, winter rains provided ample soil moisture for the 2016 growing season. Mild weather in February coaxed vines to awaken from dormancy and bud-break occurred earlier than usual. Temperatures remained moderate during bloom and early grape development which permitted the wines to set an average crop. Additional rainfall in March and April during the early growing season allowed for healthy canopy growth. The heat drove sugar levels in late summer and was moderated by maritime fog allowing acidity levels to remain high.

The grapes were handpicked in the cool of the morning. Gently sorted and de-stemmed, seventy percent whole berries went into open-top fermenters. Once in the tanks, the grapes were cold soaked for three to five days before being inoculated with selected yeast. The grapes spent close to 14 days on skins developing deep color and velvety texture. Afterward, free run wine was transferred to 100% French oak barrels for ten months of aging